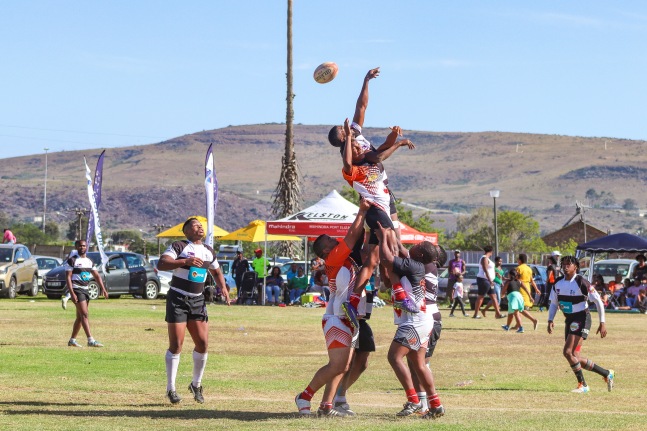 The culmination of a week focusing on health, safety and well-being in the community, the sixth annual Fabian Juries Community Fun Day will once again take place at the Oval on Saturday 24 November. A truly community-centred event, the fun day is designed to promote the health, safety and well-being of all communities, through the promotion of sport.

The fun day will consist of a 10-a-side rugby tournament and a netball tournament, with teams from all of the different areas in Makhanda (Grahamstown) coming to compete. Each team will be competing for a charity or NGO of their choice, and any and all potential winnings or funds earned will be put into the betterment of the entire Makhanda community.

The day will kick off with a fun walk around the community at 7.30am, with all members of the different communities in town encouraged to participate. From there, an aerobics session will be held on the main field at the Oval, which will act as the players’ warm-up, before the first of the day’s matches begin.

Fabian Juries, the former South Africa Sevens superstar and seventh all-time try scorer on the HSBC Sevens World Series, is always happy to see this day come around. “It brings the communities together and for that one day, people get to work and play together and have fun,” said Juries.

He stressed the importance of sport in the promotion of the well-being of children. “I think getting the kids off the streets and letting them play sport will really help a lot with well-being. Doing a little bit of exercise while having fun.”

“I think it really gives the younger players an opportunity to learn from the more experienced guys,” said Juries, with a focus on developing the talents and abilities of the players themselves. “It is also great to scout for players that you haven’t seen and the player pool gets bigger, so there is a sense of continuity.”

“For me sport gives you the opportunity to bond with people. It is a tool that can unify,” said the Blitzbok legend. “It is always great when you know that there are people supporting you as a player.”

Both sets of opening matches, rugby and netball, will start at 9am on Saturday, and the day promises to be a fun and successful family day out.