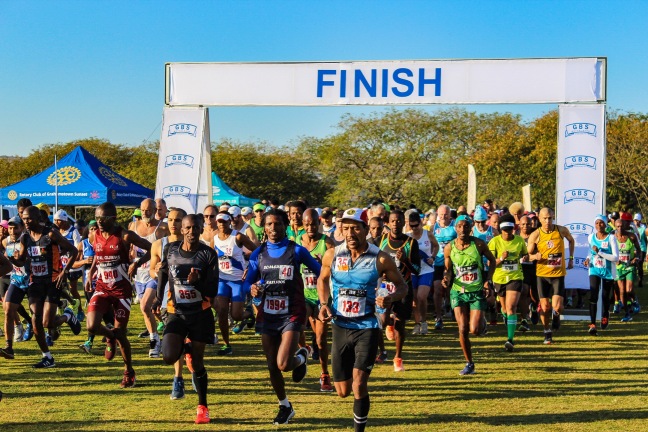 After months of preparation for the GBS Mutual Bank Mountain Drive Half Marathon, runners finally descended upon Mountain Drive on Saturday 25 August in their attempt to conquer the mountain. More than 400 runners, and one dog, took off from Graeme College to tackle the tough 21,1km route.

After only an hour and seventeen minutes, the first runner made his way back to the finish line, taking first place in the men’s category. Melikhaya Frans, from Port Elizabeth, crossed the finish line running backwards, after realising that he was the winner.

“The race was easy,” said Frans, “especially the first seven kilometres. After 15km, I started pushing to catch the guy who was in front.”

I am so happy [to win the race], because I am coming back from an injury, an ITB (Iliotibial Band) injury, so I am happy that I recovered well,” said Frans.

Frans is busy preparing for the SA Cross Country Championships, which are set to be held in Port Elizabeth on 8 September, before heading to Mpumalanga for the SA 10km Champs at the end of September.

In the women’s category, it was Ntombesintu Mfunzi who came home first, after leading the entire race. “I enjoyed the race, because I knew coming here that I was going to take it easy as part of a long run,” said Mfunzi.

Mfunzi used the GBS Moutnain Drive as her last long run in her training for the Cape Town Marathon on Saturday 28 September.

This was the first year that GBS Mutual Bank had come on as a sponsor, with the Rotary Club of Grahamstown Sunset organising the whole event. Albany Saints and Sinners Multisport Club also assisted in planning and organising the race, and assisted as  marshals on the day.

The organisers of the 2018 event had a lot of work to do to improve on the successes of the previous years, and the high number of runners proved that their hard work paid off.

In addition to winning the open categories, Frans and Mfunzi also won the King and Queen of the Mountain respectively, for being the first man and woman to reach the top of the mountain on the day.

In addition to the over 400 runners on the route, there were a number of friends and family members soaking up the atmosphere and the fun supplied by Round Table at the finish line at Graeme College. 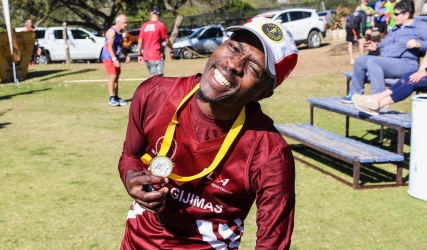 The GBS Mountain Drive celebrity ambassador, Tsepiso Nzayo, with his usual big smile and personality after finishing the race 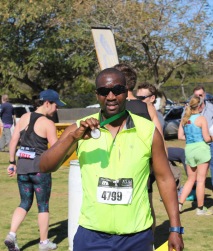 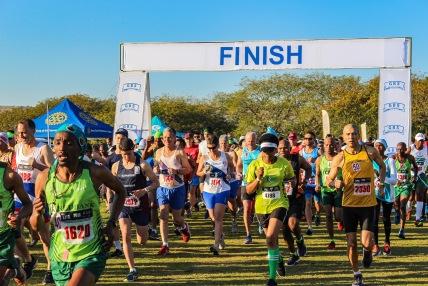 The only non-human athlete to receive a medal at the GBS Mountain Drive, Nandi Dumond finished the event in good time. 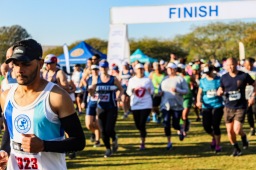 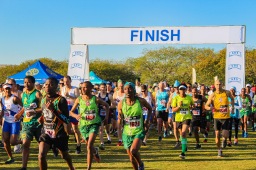 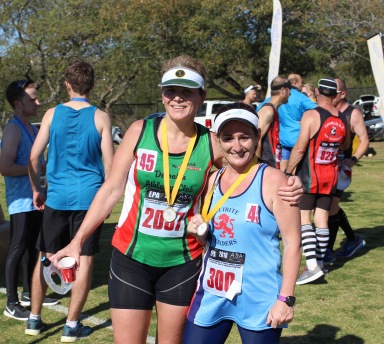 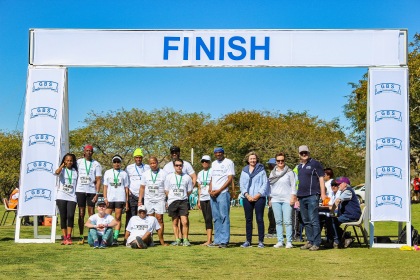 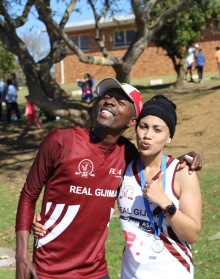 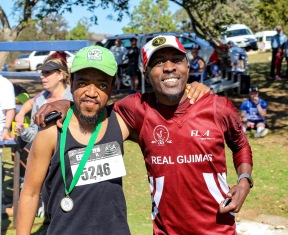 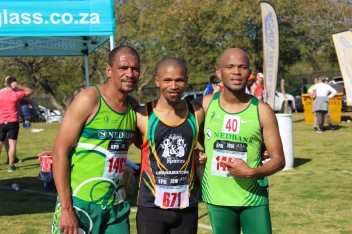 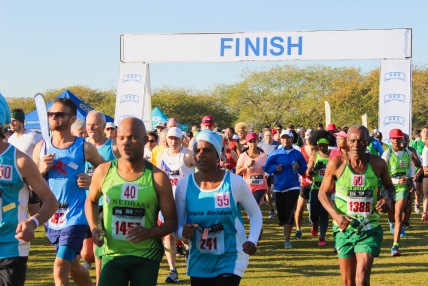 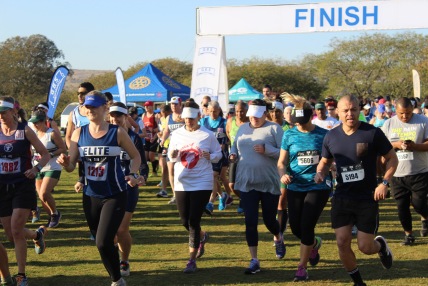 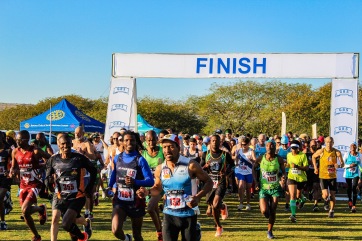 The 2018 GBS Mountain Drive Half Marathon was well run by over 400 runners from all across the province, with some even coming from Cape Town. 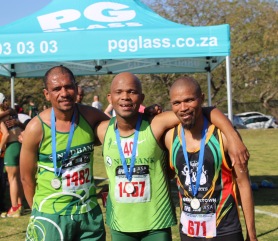